Spring has struggled to blossom in the Northeast this year; the greenmarkets offering up mostly glassy white cabbage and knobby carrots, still into May. When a springy green vegetable does appear in some quantity, it’s snatched, hungrily, gone before noon, before most have rubbed the sleep from their eyes, pulled their compost from the freezer, and made their way to the park. Such had been our Saturdays, but then, suddenly, a glorious green explosion:

There is no better way, in our estimation, to enjoy a sweet spring green than as it is, crisp and raw and bright and bursting with sun. Sometimes, though, when we’re feeling fancy, we’ll dress them up with a touch of homemade aioli. Even better, a homemade aioli made with some of the springy green itself — like a spring garlic in place of the usual cloves. 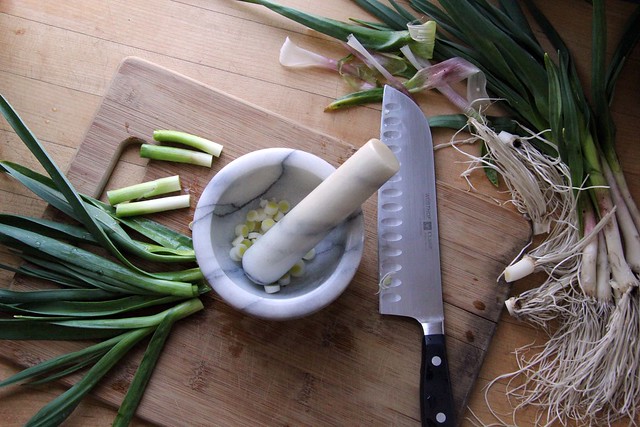 The trick to aioli is room temperature yolks. It also helps to have a steady hand: you really do need to add but the slightest trickle of oil. Otherwise, a little bit of elbow grease and some pantry staples — an egg, oil, garlic — and in moments you’ll have a delicious spread.

With two hands taken — one for whisking, one for pouring — be sure to secure your bowl with a dish towel, so it doesn’t spin away as you work:

Use a big whisk, and work quickly, and voilà: 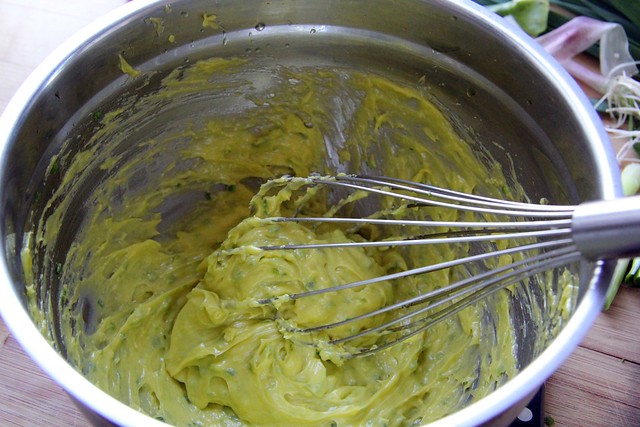 It’s a favorite of ours, simple yet impressive, and incredibly versatile. A spring snack we’ll make late into summer. 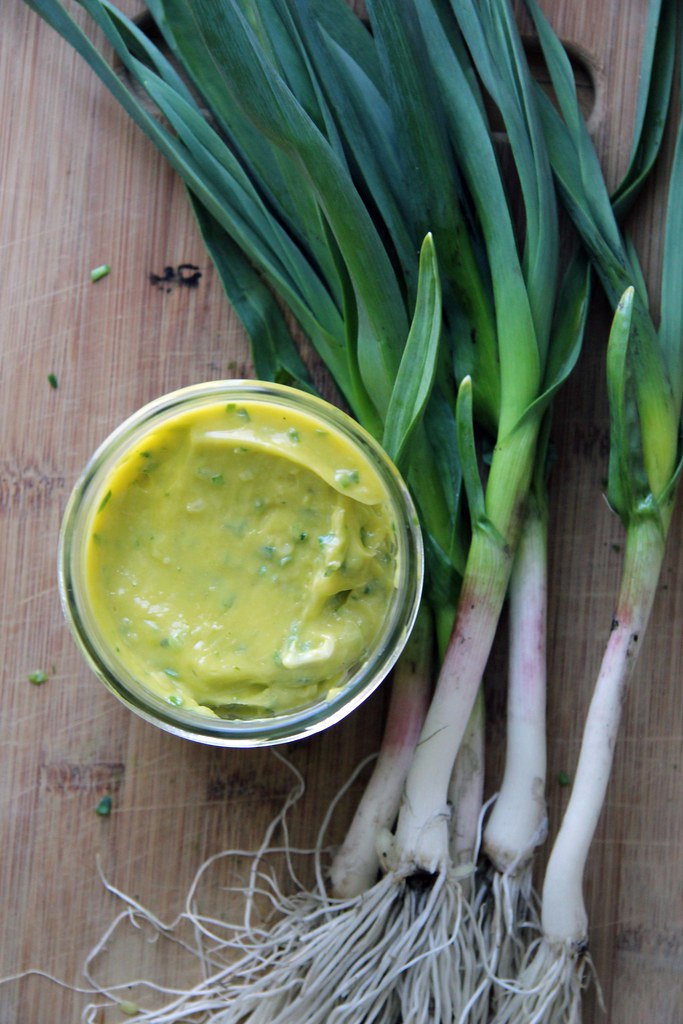 makes about one cup, or thereabouts

** Most aioli recipes call for one cup of oil per egg yolk. We’ve never managed to work that much oil into ours — too much oil and the aioli becomes thick and unappealingly gloopy. Use as much as you need to reach your preferred consistency. We usually end up adding about 2/3 of a cup. As for the type of oil, we like the biting taste of extra-virgin olive oil, but you could also swap half or all of the olive oil for a neutral oil, especially if you’re using a lot of garlic. Olive oil adds flavor, but any neutral oil will work just as well.

1. Separate out your egg yolk, and set aside to acclimate to room temperature while you prepare the rest of the ingredients.

2. Separate about 1 inch of the whitest ends of the green garlic shoots and trim any papery layers from the outside. Mince the garlic well, then mash into a paste with a mortal and pestle. Add a tiny sprinkle of salt to the garlic to aid in paste making. Set aside.

3. Trim just the most tender, green parts of the garlic’s shoots and finely chop. Set away in a separate bowl.

4. Secure a medium sized bowl on its surface by creating a foundation with a towel, and wedging it in. Make sure the bowl doesn’t spin around easily!

5. Combine the egg yolk and lemon juice in a medium-sized bowl and whisk well together. While whisking the yolk mixture rapidly, drizzle in a few drops of olive oil. Continue whisking and drizzle in a few more drops, and a few more, until you have the beginnings of an emulsion.

6. Add the garlic paste (from the white parts) and continue to whisk the mixture while drizzling in the remaining oil until you’ve reached a spreadable consistency that is to your liking. If you add in more oil than is being incorporated, so that the oil begins to separate your mixture, pause oil-adding and whisk well before resuming oil-adding.

7. Stir in the chopped green garlic. Season with salt and pepper to taste.

8. Serve immediately, or cold! (Aioli will keep in the fridge for up to three days.) 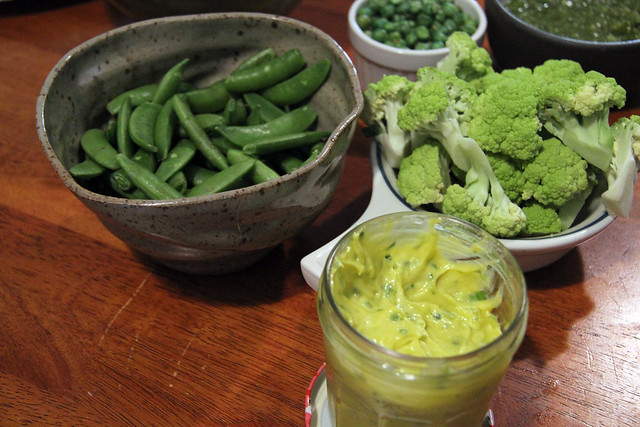